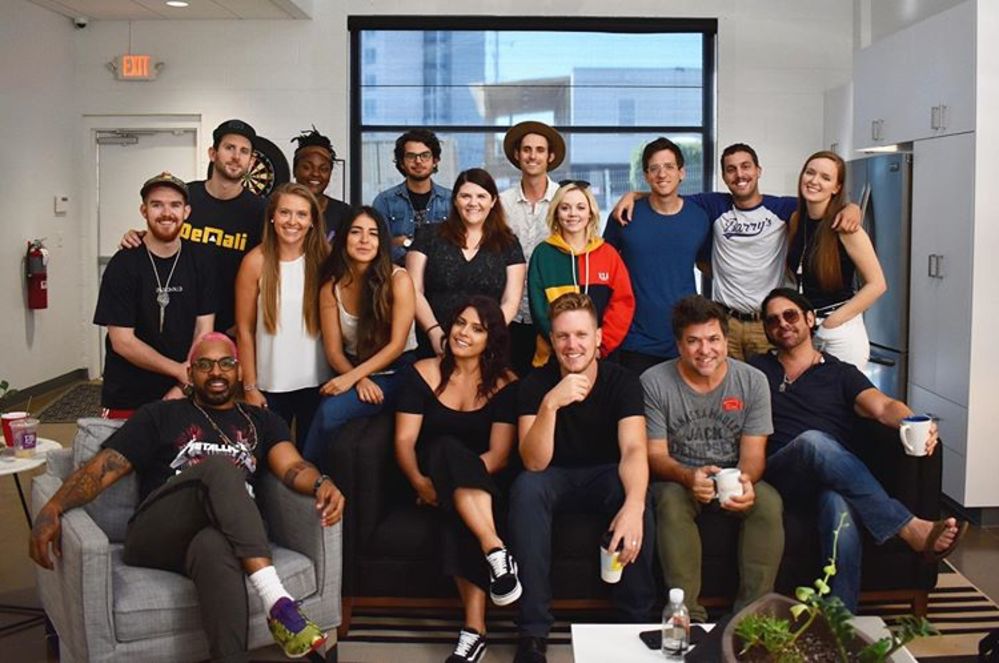 This was our best year yet hosting the Nashville Sync Camp in conjunction with WHO KNEW. We had such insanely talented writers, artists, and producers, and such wonderful and willing music supervisors. We even had one writing group that worked with a music supervisor on a song for a brand campaign that was written, recorded, put to picture, cleared, licensed, and locked all in ONE DAY. That's the power of these incredible writing camps. Several songs have already been licensed from the week of writing.

Full write up in MusicRow:

Last week, Anacrusis hosted their fall Sync Camp, in conjunction with "An Evening with Music Supervisors" at City Winery, presented by WHO KNEW. Six top music supervisors flew in from LA, New York, and San Francisco, to work alongside the ten Nashville-based artists, writers, and producers. The music supervisors oversee projects ranging from Google to John Deere, and Netflix to MTV.

The writers were given writing assignments from the music supervisors based on their current projects, and then worked alongside the music supervisors to create a finished song each day. "One writing group worked with a music supervisor on a song for a large brand campaign, and the song was written, recorded, put to picture, cleared, licensed, and locked all in the same day," says Liz Rogers, Founder and Creative Director at Anacrusis. "The campaign will air in the near future. That’s the power of these incredible writing camps!"

Anacrusis has been hosting quarterly songwriting retreats for several years now, giving both emerging and established songwriters opportunities to perform and connect with music supervisors. Rogers explains, "We strive to create memorable experiences through these writing camps that both foster creativity and deep relationships." Rogers is also the Musical Director for WHO KNEW, curating the entire evening at City Winery.

The event, “An Evening with Music Supervisors,” presented by WHO KNEW, sold out for the 6th year in a row! Open to the public, the evening featured performances from 12 incredible artists, and all 6 of the music supervisors sharing the projects they are currently working on. The showcasing artists included Delta Rae, Them Vibes and Maggie Rose, Tolan Shaw, Jeff Carl, Joy Oladokun, Sarah Reeves, Tiger Drive, Sarah Troy, Jung Youth, Staci Stone, and Natasia GreyCloud.